Don't Worry, the Doors Will Open 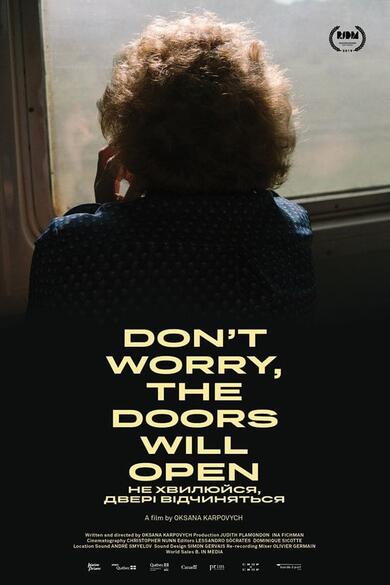 After André Levesque missionnaire, Oksana Karpovych is back at the RIDM with her first feature, which she filmed in her native country, Ukraine. To take the pulse of the country, the filmmaker adopts one of documentary cinema’s most prolific sub-genres: the train film. Filmed entirely in the old, run-down, overcrowded passenger trains used by ordinary Ukrainians, the film captures conversations, observes the landscape, and accompanies several protagonists on their journey; they open our eyes to popular preoccupations in a country that seems perpetually anchored in its highly visible Soviet legacy. A fine lesson in listening and humanity.