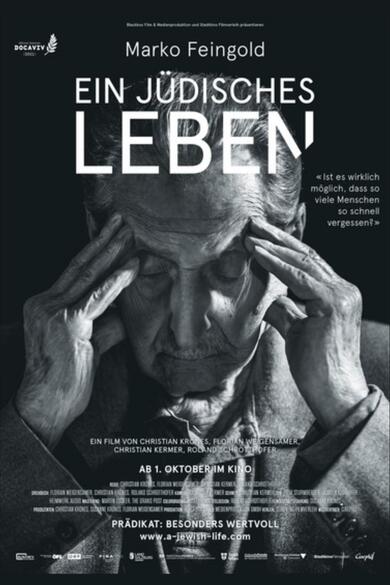 Marko Feingold (1913 – 2019) was arrested soon after the Nazis seized power and survived six years during the reign of terror in various concentration camps. After the liberation he built up a new existence for himself in Austria, and throughout his long life he never tired of raising his voice to warn against forgetting or denying that period. At the age of 105 he gave an exclusive interview to the filmmakers Christian Krönes, Florian Weigensamer, Christian Kermer and Roland Schrotthofer; in the documentary film A Jewish Life his fearless determination to fight on and survive refuses to be silenced.