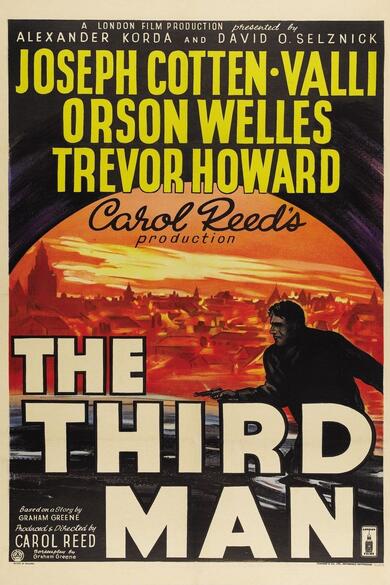 Usually we show THE THIRD MAN in the original English version at least three times a week: Friday night as well as Sunday and Tuesday afternoon. However at the moment starting times may be different due to the current situation.
Plot Outline

An American pulp writer arrives in Vienna only to find that the friend who waited for him is killed under mysterious circumstances. The ensuing mystery entangles him in his friend's involvement in the black market, with the multinational police, and with his Czech girlfriend.

"Of all the movies I have seen, this one most completely embodies the romance of going to the movies." - Roger Ebert

Carol Reed's classic thriller set in postwar Vienna, once voted "Best British film ever made" by the British Film Institute.